How DNA affects our muscle composition (and maybe our workouts) 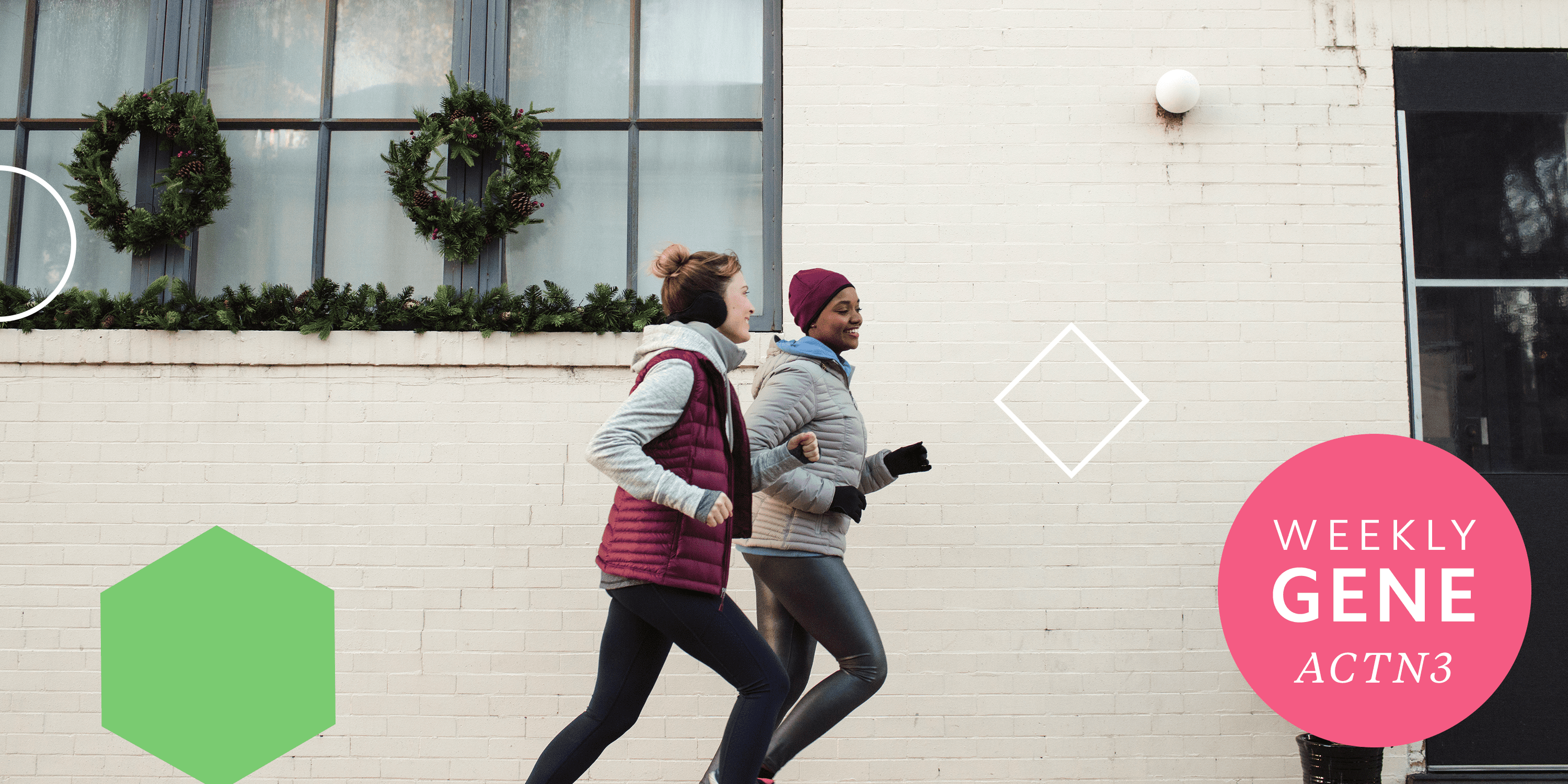 Exercise routines are generally not a one-size-fits-all kind of thing. People are different, and they respond to workouts differently. Some people just seem to fatigue more quickly than others. There are many reasons this happens, and one of them may have to do with genetics—specifically the ACTN3 gene.

Like all tissues in your body, your muscles are a collection of specialized cells. In muscles, these cells combine to form larger structures known as muscle fibers which resemble the long steel cables of a suspension bridge. Add up multiple muscle fibers, and you get a muscle. But suspension bridges obviously can’t contract like muscle fibers can, which is made possible by the proteins actin and myosin.

That’s broadly how muscles work. But how can they differ between people? The answer may come from a gene known as ACTN3 which plays a role in this actin-myosin contraction, and may even help define what type of muscle fiber is made.

Humans have two categories of muscle fiber known as slow twitch and fast twitch. Within these categories, there are three different types of muscle fiber: Type 1 (slow twitch), Type 2A (fast twitch), and Type 2X (also fast twitch). These can be further subdivided based on the types of myosin they have, how quickly they contract, and other such properties—but for our purposes, it’s helpful to leave it at the broader categorization of just “fast” and “slow”.1,2

As their name suggests, fast twitch muscle fibers are good at contracting quickly, whereas slow twitch fibers contract slowly. But there are other differences, too: fast twitch fibers produce a lot of power in a short amount of time. In contrast, slow twitch fibers are able to generate less power but can sustain it for long periods of time. To do this, they require large amounts of oxygen and mitochondria in order to meet the demands of sustained muscle contractions.1,2

Most muscles contain a mixture of different fiber types, and it is the relative proportion of muscle fibers that determines if it will be more of a fast twitch, power-oriented muscle or not. To put it another way, the relative proportion of muscle fibers in a given muscle can affect how quickly it will burn out. We know that this ratio is determined by genetics, but researchers are actively trying to identify exactly what genes play a role. So any gene that can influence these proportions may then have the ability to affect your muscle fatigue.

ACTN3 codes for a protein that interacts directly with actin called alpha-actinin-3. The ACTN3 protein binds to actin and helps give it stability during muscle contraction. Scientists have found that ACTN3 is only produced in fast twitch muscles and may help give them their identity (among other functions). Curiously, a variant in the DNA coding for ACTN3 disrupts production of the protein by preventing the cell from reading the gene in its entirety. As a result, no ACTN3 is made. This change in the DNA makes those fast twitch muscles act more like slow twitch muscles, effectively altering the ratio of fast to slow twitch muscle fibers.1-3

Roughly 16% of the general public has two copies of this particular variant in ACTN3.4,5 However, research into elite athletes has shown that far fewer sprint athletes have it—suggesting that those with the ACTN3 variant may not do as well with sprint- or power-based exercises. However, it’s not yet clear what inheriting this variant means for any one individual. 64% of the general public has at least one copy of the ACTN3 gene that lacks this variant, but clearly 64% of people are not elite athletes! What these results do tell us is that people who excel in sprint or power oriented sports are more likely to produce ACTN3 protein (meaning they don’t have the variant), and likely have more fast twitch fibers3,4,5.

There are a number of DNA tests that can help you analyze your ACTN3 gene to determine if you’re genetically predisposed to having more fast twitch or slow twitch muscle fibers. Products like Intelliseq’s MyTraits Sport provide you with additional insight and resources that can help you pursue your fitness goals and learn more about potential links between human genetics and athleticism. Your results are not deterministic, but learning about your DNA through these types of tests can be a fun way to learn about human genetics—and they may even motivate you to approach exercise with a new perspective.

2Sanchez, B et al. “Differentiation of the Intracellular Structure of Slow- versus Fast-Twitch Muscle Fibers through Evaluation of the Dielectric Properties of Tissue.” Physics in medicine and biology 59.10 (2014): 2369–2380. PMC. Web. 16 May 2018.