How DNA contains the power of cholesterol

The role of the APOB gene in cholesterol regulation 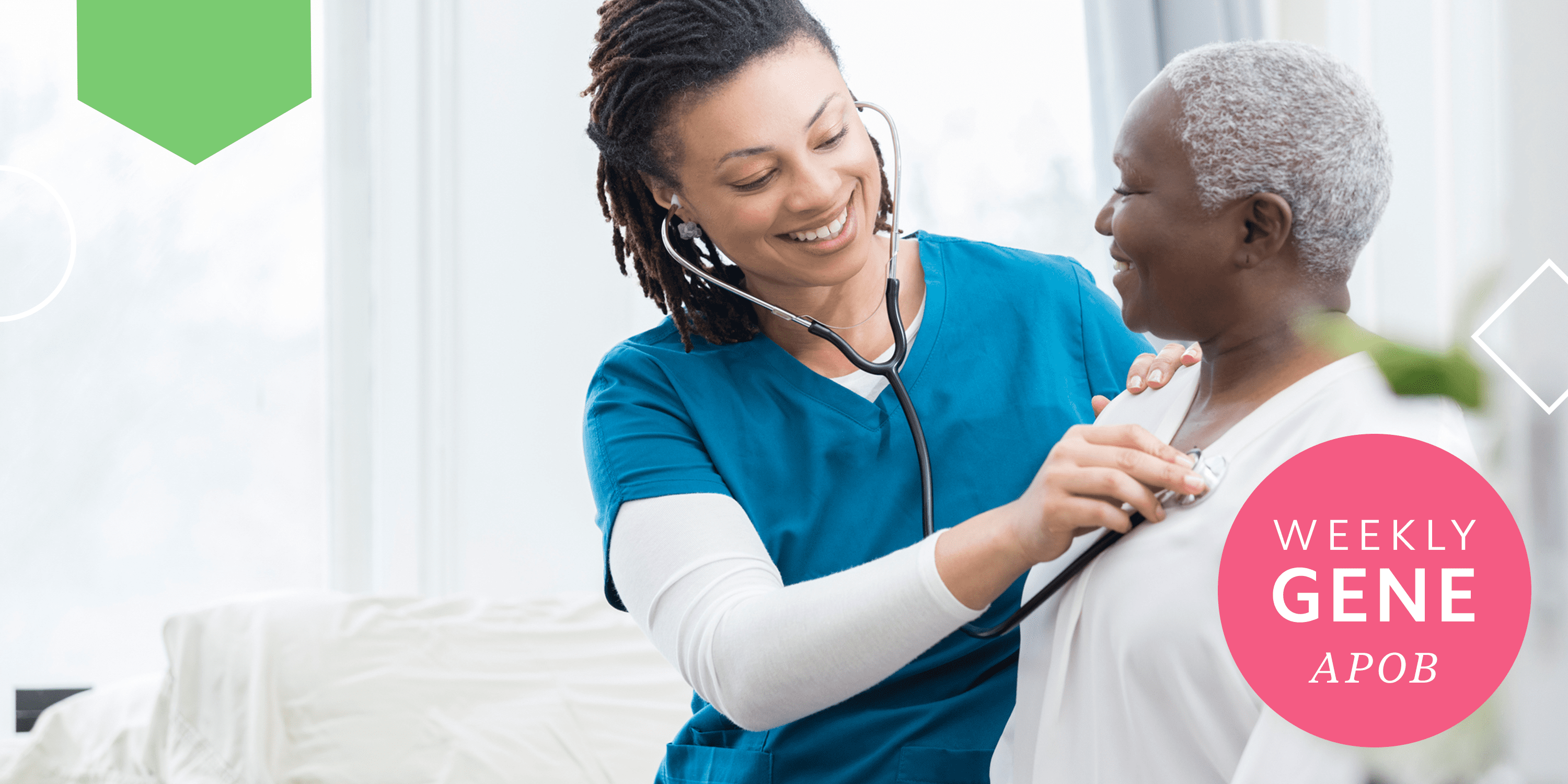 Cholesterol is a powerful molecule. It’s used by your body to build hormones like testosterone and estrogen. It helps give cells in our body structure. As vital as it is, it also has the power to contribute to heart disease. With such power, it’s important for our bodies to keep control over the amount of cholesterol we have and where its stored. To do this, it relies on multiple genes, including the apolipoprotein-B gene (APOB).

Genetic testing is the gold standard for identifying people with FH. Research has shown that most people with FH will have variants in one of three genes: LDLR (60-80%), APOB (1-5%), and PCSK9 (0-3%). Notably, the APOB protein interacts the LDLR protein (made from the LDLR gene) in order to remove LDLs from the blood1.

In order for cholesterol to be unloaded from its package, the LDL particle has to first connect with the receiving cell—not unlike a plane trying to coordinate its landing at an airport. APOB and other proteins in the LDL particle help connect it to the receiving cell and initiate offloading of the cholesterol. In doing so, APOB helps clear cholesterol from the bloodstream and protects our bodies from heart disease.

Changes in the DNA coding for the APOB protein have been linked to a disease known as Familial Hypercholesterolemia (FH). FH is the most common form of inherited heart disease, affecting about one out of every 250-500 people1-3. Research has shown that changes in the DNA affecting cholesterol metabolism—including variants in APOB—result in chronically high blood levels of LDL cholesterol1-3. Because the cholesterol cannot be offloaded in its normal destination, the amount of LDLs in the blood rises. Some of that excess cholesterol can be mistakenly offloaded into the walls of blood vessels. Over time, this can cause inflammation and thickening of the blood vessels which can ultimately result in heart attacks and other symptoms of heart disease1,4.

Once diagnosed, FH is typically treated with drugs called statins which help to lower blood cholesterol levels and can have a significant impact on reducing heart attack risk.