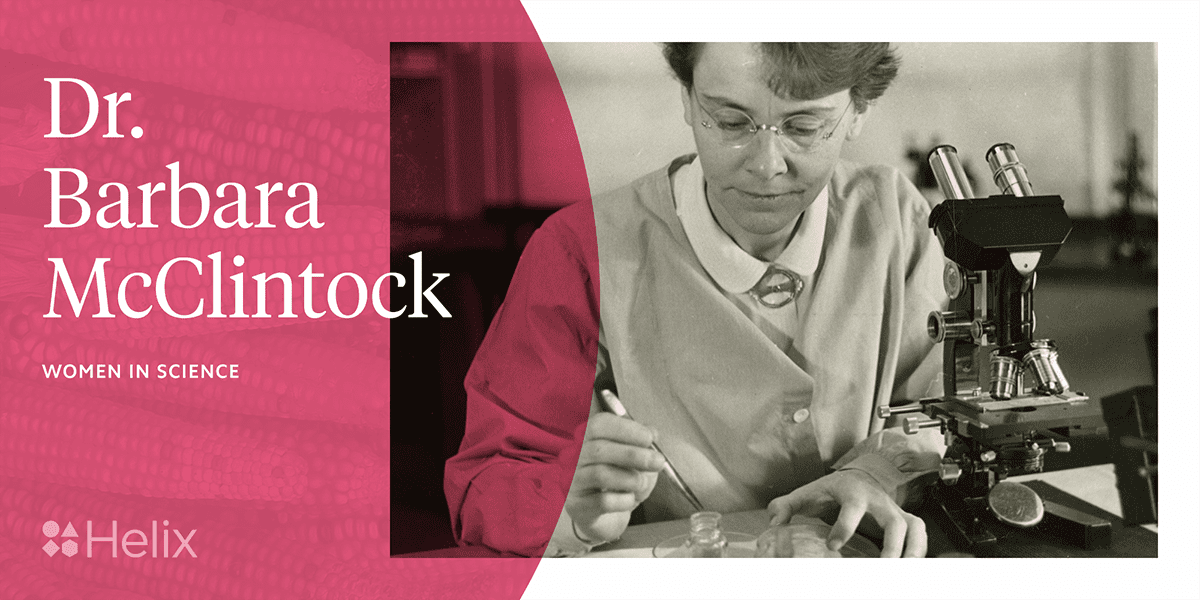 Dr. Barbara McClintock was awarded the Nobel Prize in Physiology or Medicine in 1983 for her work describing the ability of DNA to move between locations within the genome. Her studies using maize introduced the scientific world to some radical new ideas: small segments of DNA can be moved to other regions of the genome, and that these movements could directly influence the activity of others genes. The concepts proposed by her work have had a large impact on our modern-day understanding of genetics—but at the time, her discoveries were received with skepticism. In fact, it would be a decade before other researchers confirmed her findings using bacteria.

This phenomenon where small segments of DNA move (or “jump”) can be found throughout the kingdoms of life. For much of the 20th century, scientists believed that an organism’s DNA was permanently fixed in its order, and only changed through discrete mutations. But Dr. McClintock’s work with corn showed us otherwise, demonstrating that specific segments of our DNA (called transposable elements) could naturally be broken and moved. While not every segment of DNA can “jump,” many regions can and scientists have since found that almost half of the human genome is made up of these transposable elements.

McClintock paved the way for our understanding of the genome

Dr. McClintock also introduced the concept that jumping genes could affect the activity and function of other genes. This is because a gene could potentially jump into the middle of another gene, causing it to function differently. To understand the concept, think of your DNA as a recipe book. Now imagine that you took a sentence from a vehicle repair manual and pasted it into the middle of a lasagna recipe. If you followed the new recipe step by step, you’re lasagna isn’t likely to come out right. This concept is true for jumping genes, too: Depending on what was moved (and where), it could have a huge impact on the final product. Dr. McClintock’s concept of jumping genes would later help scientists better understand human genetics—and it even helped us discover how diseases like hemophilia develop.

Dr. McClintock was the first woman to be president of the Genetics Society of America, the third woman to be elected to the National Academy of Sciences, and the third woman to win the Nobel prize in Physiology or Medicine. She embodied the idea that science should have no boundaries—if you are curious, then you can be a scientist.