DNA and Your (Future) Family 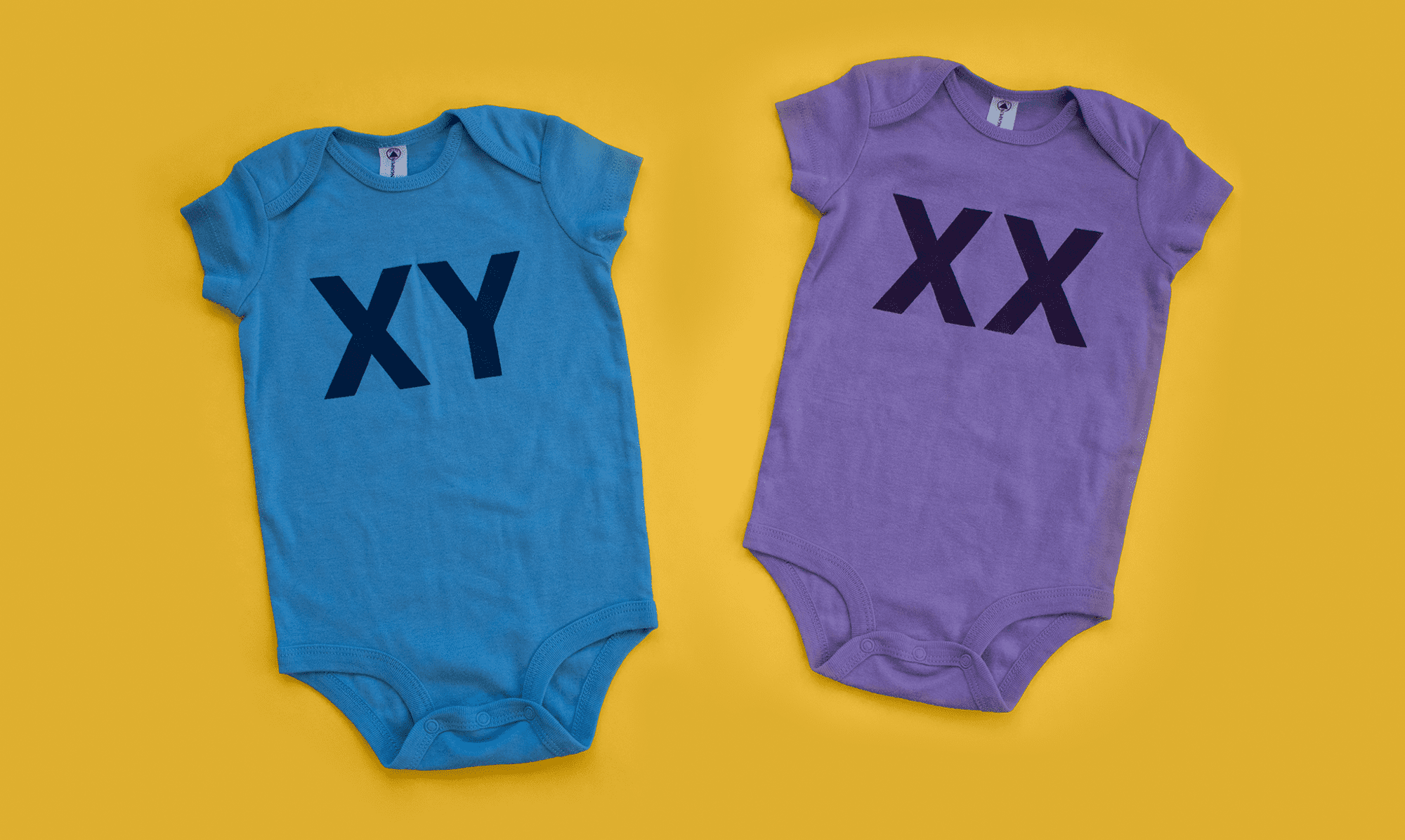 Whether you’re thinking about it or already pregnant, DNA screening can answer important questions.

Here at Helix, babies are constantly on our minds! It feels like every two weeks another “Helixer” is born. Many staff bring their kids to work. And all the while, we are working hard to build a robust category of products for families. For these who are growing a family or just starting one, genetic screening can be especially useful, especially if it’s in the form of carrier screening. Carrier screening is commonly done in two cases: when individuals are planning to start a family or when individuals are already pregnant.

A little background: for most of our 22,000 genes, we have two copies, one from mom and one from dad. All genes have variation (called “variants”) which make us unique from one another (for example, the variant for blue eyes versus brown). But sometimes, the variation is such that the gene no longer functions properly. In this case, it can lead to a medical problem or an increased likelihood of a medical problem.

Sometimes, a gene variant that has the potential to cause a problem will have no impact on that individual’s health–we call that individual a “carrier.” The primary risk for the individual is then reproductive, where they have an increased likelihood of having a child with the medical condition caused by that variant, but only in a specific circumstance: if that individual has a child with someone else who is a carrier for a variant in the same gene.

Genes that are inherited like this are called “autosomal recessive.” “Autosomal” comes from the term autosome, which is used to indicate genes that both men and women carry in equal quantities, so it’s a way of saying that something can be passed from moms and dads to sons and daughters, and gender doesn’t play a role in the likelihood of it getting passed on. “Recessive” means it takes two copies of the gene, one from each parent, for an individual to have symptoms.

As our knowledge about genetics has progressed, we’ve learned that in some cases an individual who just has a variant for an autosomal recessive condition can show some symptoms. Ask your doctor or genetic counselor if that’s a possibility based on your results. Now you may be thinking, “golly, what are the odds that both Romeo and Juliet would carry a variant in the same gene!” For CFTR, it’s more common than you would think. Depending on ethnicity, approximately one in 20 people are carriers. The likelihood varies based on the gene, so for some genes the odds are quite low that a person is a carrier.

Because of the way these genes are inherited, where it depends on mom and dad carrying a variant in the same gene for a child to have the medical condition, it’s common for a person to be a carrier of a recessive gene, but have no family history of that condition. Romeo and Juliet may not even know what cystic fibrosis is and may have never met a relative with the condition, even though many relatives are probably also carriers. In other words, carrier screening can provide information to any person who is starting a family, regardless of family history. The severity of the conditions on carrier screening panels depends on the gene. Some can be quite serious and incurable, where a child will die within the first few years of life. Some can be managed through known medications. And, because it’s a very active time for medical research, some conditions may not have been treatable a few years ago, but there are drugs going through the FDA approval process as of this writing.

For those starting a family

So let’s say you and your partner are considering starting a family. There are a few ways that people tend to use the information from carrier screening. Some people are simply curious, and they want to plan ahead in case there’s a chance that their child could have a medical issue. They may be looking for peace of mind, since most couples do not carry a variant in the same gene. Others are trying to decide if they want a child at all, and if they do plan to have a child, then they may be trying to decide between having their own biological child and adopting.

For individuals who plan to have their own biological kids, if it turns out that both partners are carriers for the same condition, they have some options. If the odds are 75% that their child will not have the condition, some parents may choose to have kids “the good old fashioned way.” Other options include finding an egg or sperm donor (in which case, they may want to have the donor also do the carrier screening), or pursuing pre-implantation genetic diagnosis (PGD). PGD is a newer procedure that uses in-vitro fertilization and is usually done at a specialized fertility clinic. The basic process is that the woman in the couple is given hormones to help her release more eggs and those eggs are collected so that they can be inseminated with the male partner’s sperm. This happens in the lab. Then a specialized physician will perform genetic screening on each of the inseminated eggs, which are called zygotes, to see which did not inherit both of the genes that have the variants, and will only transfer the egg or eggs (they normally transfer only one or two at a time) that don’t carry both variants into the uterus. This is the primary method for a couple where both the male and female are carriers for the same condition to have a biological child and lower the odds that their child will have that condition.

PGD is not always successful in starting a pregnancy, so it’s important to discuss the odds with a specialist who can personalize them to your medical history. Also, note that PGD is not a procedure that can guarantee a healthy baby, because there is always the possibility that the child will have a different medical problem that can’t be prevented or detected at this very early stage, like a congenital heart defect, a chromosomal abnormality, or an autism spectrum disorder. So it’s important to discuss with your doctor what other types of screening may be appropriate.

For those who are pregnant

For those who are already pregnant, carrier screening could be used for planning ahead for when the baby is born, like ensuring that if the baby has a medical condition that the parents know who are the medical specialists for that condition and if there are treatments or ongoing FDA clinical trials. The process would involve two main steps. First, each parent would have the carrier screening. If it turns out that both parents are carriers for the same condition, then the next question is, “did the fetus inherit the genes that have a variant from each parent?” The way to figure that out is by having either a procedure called a chorionic villus sampling (CVS) or an amniocentesis. These procedures are different in terms of when they can be performed during a pregnancy, the possible risks and limitations, and the types of samples they use, but without writing a whole separate blog post on that topic, they both are ways of looking at the fetus’s DNA. Amnio and CVS are sometimes used by parents to look for other issues, like chromosomal abnormalities, on top of looking at the autosomal recessive condition in question. If it turns out the fetus did inherit both the gene variants from mom and dad and thus carries the autosomal recessive condition, some parents may decide not to continue the pregnancy, often out of concern for the health of their expected child. Clearly this information can lead to some big decisions and emotional conversations, so it’s important that you work with medical providers that you feel comfortable talking with openly.

Obviously there’s a ton of information to think about. And the issues involved aren’t just about learning the science and medicine, but it’s important for people to think about what their priorities are and how they feel about the different options that are available to them. If you are looking to discuss these topics in more details, your family physician or gynecologist may be able to help. Genetic counselors are also available to help, and you can find one on www.aboutgeneticcounselors.com.