The basics of your genetic code, explained 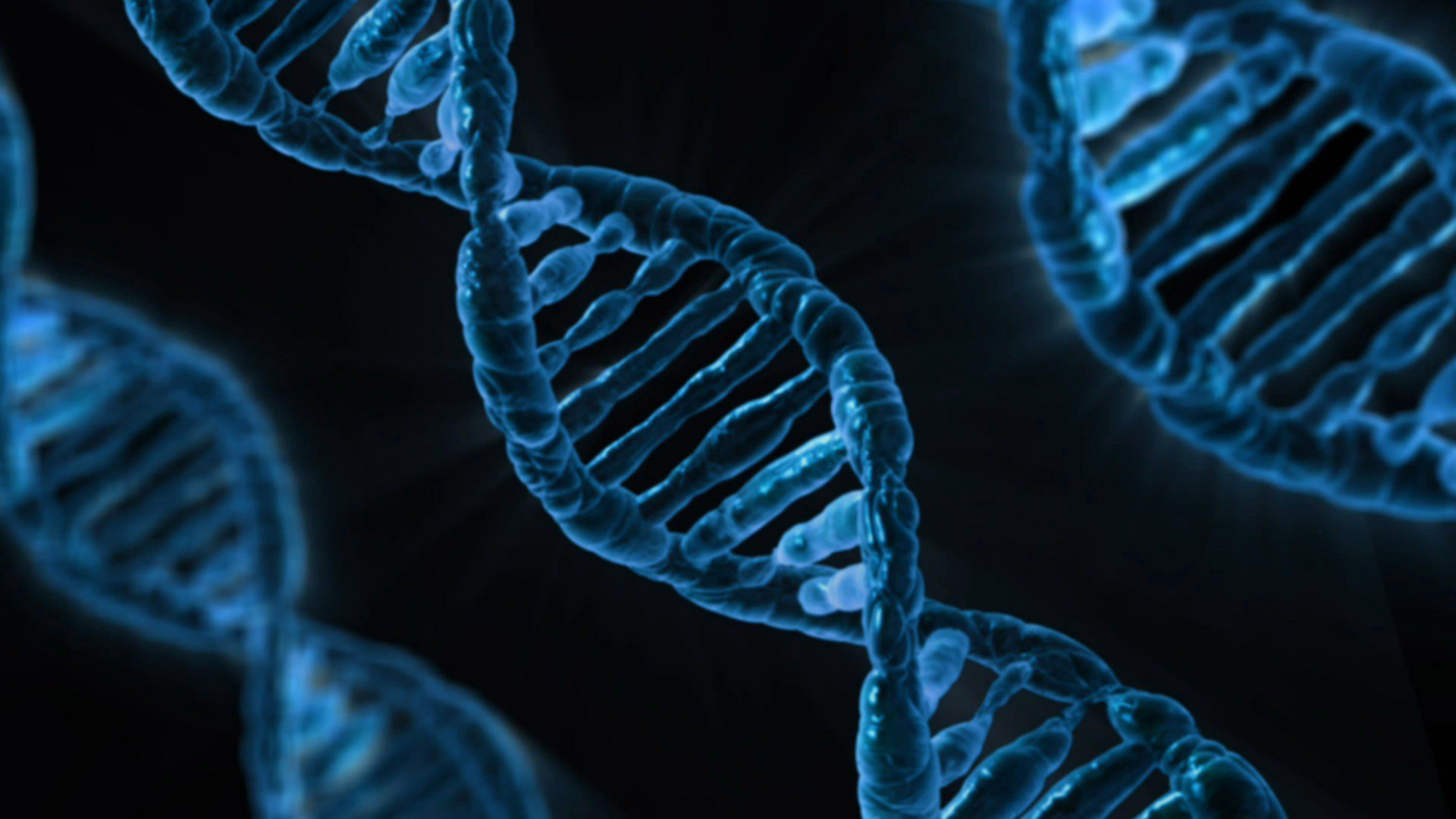 We’ve been trying to figure out how DNA works since the dawn of time. We can be reasonably certain that people have always looked at one another, or at entire families, and wondered things like, “How is it we all have the exact same gloriously curly hair?” or, “Why do all the members of the family next door run like gazelles when we’re more turtle-like?” When people were thinking these kinds of things, they were thinking about DNA. They just didn’t know it yet.

And it wasn’t just in people. Farmers observed characteristics in livestock, for example, and selectively bred sheep to have gloriously curly and fine wool. They picked and cultivated the sweetest red apples found growing wild, rather than the tart, woody green ones — all decisions rooted in DNA.

We could sense there was something unseen governing inheritance in every living thing around us. A lot of theories were put forward, held up as fact, and then abandoned as the centuries and millennia ticked along (Preformationism, anyone?).

Eventually, these theories were refined into what we call genetics. Coincidentally, the theory of genetic inheritance and DNA as a compound were both described in the mid-1800’s, but they weren’t directly linked to each other for almost another 100 years. Experiments showing that DNA is the molecule responsible for inheritance were done in the 1940’s and 50’s, shortly before the now-famous double helix structure was discovered.

So what is DNA? And what does it have to do with sprinting and curly hair? Put simply, DNA is the molecule that holds the genetic information that every parent passes on to their biological children, whether that parent is human, a blue whale or a rhesus monkey. It plays a role in physical features, disease, behavioral traits, and even dietary considerations like sensitivity to lactose, the sugar found in milk. Sadly, we are not all created equal when it comes to ice cream.

Think of DNA as the most intricately detailed blueprint imaginable, and one we’re all born with. It tells our bodies how to grow and function over time, and that includes detailed instructions for things like faster firing muscle fibers and gloriously curly hair.

The composition of your genetic code

To understand DNA a little better, we need to look at its building blocks — the nucleotides.

In straight-forward terms, a nucleotide is a sugar (deoxyribose), with a phosphate group and a nitrogenous base. The sugar and phosphate join up with other nucleotides above and below in a scaffold of bases that makes up a single strand of DNA.

Remember the image of DNA in the shape of a ladder? It’s a good way to picture the basics of DNA construction. Two single strands of DNA join together, with the sugar-phosphate scaffolds on each side and the nitrogenous bases in the middle, as the rungs of the ladder. The bases have a unique characteristic in that they’re sort of co-dependent, and they really like to only hang out with one other kind of base, and together they form an inseparable pair — the peanut butter and jelly of the nucleotide world.

There are four kinds of bases: Adenine, Cytosine, Guanine and Thymine (A,C,G, and T). Adenine will only be seen with Thymine, and Cytosine with Guanine. If you see Adenine and Cytosine together, that’s trouble, and a whole other topic. The bases reach across from one side of the ladder to find their best friend on the other side to form base pairs, and the irony is that despite their choosiness about who they bond with, they actually bring the whole strand together. With the rungs in place, we have double-stranded DNA.

To complete the picture, you need to imagine that the ladder spirals as it rises. Another word for spiral is helix, and that’s the one we use for DNA. Because there are two spirals, one from each side of the ladder, we call the shape a double helix.

Genes are what make you, you

But how do we get from double helixes to the genes that give us our unique traits, like sprinter’s legs or a complex relationship with cheese? Before we get there, we need to talk about chromosomes, and where our DNA comes from.

A chromosome is a single continuous double-strand of DNA. Humans have 46 of them, or 23 pairs of chromosomes. The number of chromosomes we have is somewhat arbitrary. If you were a pigeon, you’d have 80; a potato, 48. A plains viscacha rat has an incredible 112. In the case of humans, we receive one half of each pair from each of our parents: 23 from our mother, and 23 from our father. Twenty-two of these pairs are common between men and women, the twenty-third chromosome determines whether or not we’re male or female — the X and Y chromosomes.

Back to genes. Your genes are specific sections within a DNA strand that code for something — something that can be inherited from your parents. When we say, “code for something” we mean that they carry a specific set of instructions, and those instructions are expressed as a sequence of bases; Adenine, Thymine, Cytosine, or Guanine. If DNA is the cookbook, then a gene is a recipe for something very specific; the instructions for a certain kind of muscle fibers that allow some of us to run like the wind.

But genes don’t do the building themselves. They are responsible for the end result, but they have more of a supervisory role. The real workers are amino acids, and what genes do is instruct how amino acids are arranged into complicated groupings that we know as proteins. The shape of those groupings, and the kinds of amino acids that make them up, determines the function of that protein and what kind of cells it will help create.

In plain language: If a gene’s code says, “Hey amino acids, build me a protein for a muscle fiber, but not just any old muscle fiber, one that’s thicker and quicker to contract, but tires faster. And make a lot of them,” then that’s what the amino acids assemble into (with the help of RNA, but that’s another story), and you’re more likely to be a sprinter than a marathoner. There are approximately 20,000 human protein-coding genes instructing amino acid arrangements for proteins that create traits, and the end result of this incredibly complex undertaking is what makes you, you.

All of your genes on all of your chromosomes are collectively called your genome. Surprisingly, the protein-coding genes make up only about 2% of your genome. This small, but critically important part of your genome is called the exome. It contains all of the genes for all of the things like your sprinter gene, curly hair, lactose sensitivity or pre-disposition toward certain diseases. There’s another roughly 7- 8% that is also functional, but doesn’t code for protein, and then 90% that is, well, the subject of a lot of debate (to put it mildly). Remember, the human genome was first sequenced as recently as 2003, so we’re still learning new things every day. DNA is far from a closed book.

At Helix, we sequence what we call Exome+. That means we collect all of the data from your protein-coding 2%, as well as areas of the other 98% that we currently know have important things to say about you. It’s up to 100 times more data than other consumer genetics companies.

We also sequence your DNA as opposed to genotyping it, which means you get a more complete view. If sequencing is reading every word on every page of a book, genotyping is scanning a few words per page to get the gist of the action.The advantage of being the fastidious bookworm of DNA, aka sequencing, is that within all of that information are unknowns that will become known one day, so as the field of genetics makes new discoveries about DNA, you’ll make new discoveries about yourself.

Because of the newness of a lot of this knowledge, the lessons you may have learned in science class would not even come close to what we know today, especially the longer ago you sat in that class. Remember, we only completed the first human genome sequencing in 2003! We’ve learned a lot since then, and have a long way to go. Today we can sequence your DNA and tell you concrete things that go well beyond ancestry and physical traits — though those are good things too.

DNA has a lot to say about your health, fitness, fertility and even your taste preferences, and though some of the DNA details from this post may slip your mind again over time, the insights you’ll gain about yourself from sequencing your DNA can be pretty memorable.

To learn more about Helix, and our DNA products and partners, visit helix.com.