How dry was your ancestors’ earwax?

You might find the answer in the ABCC11 gene 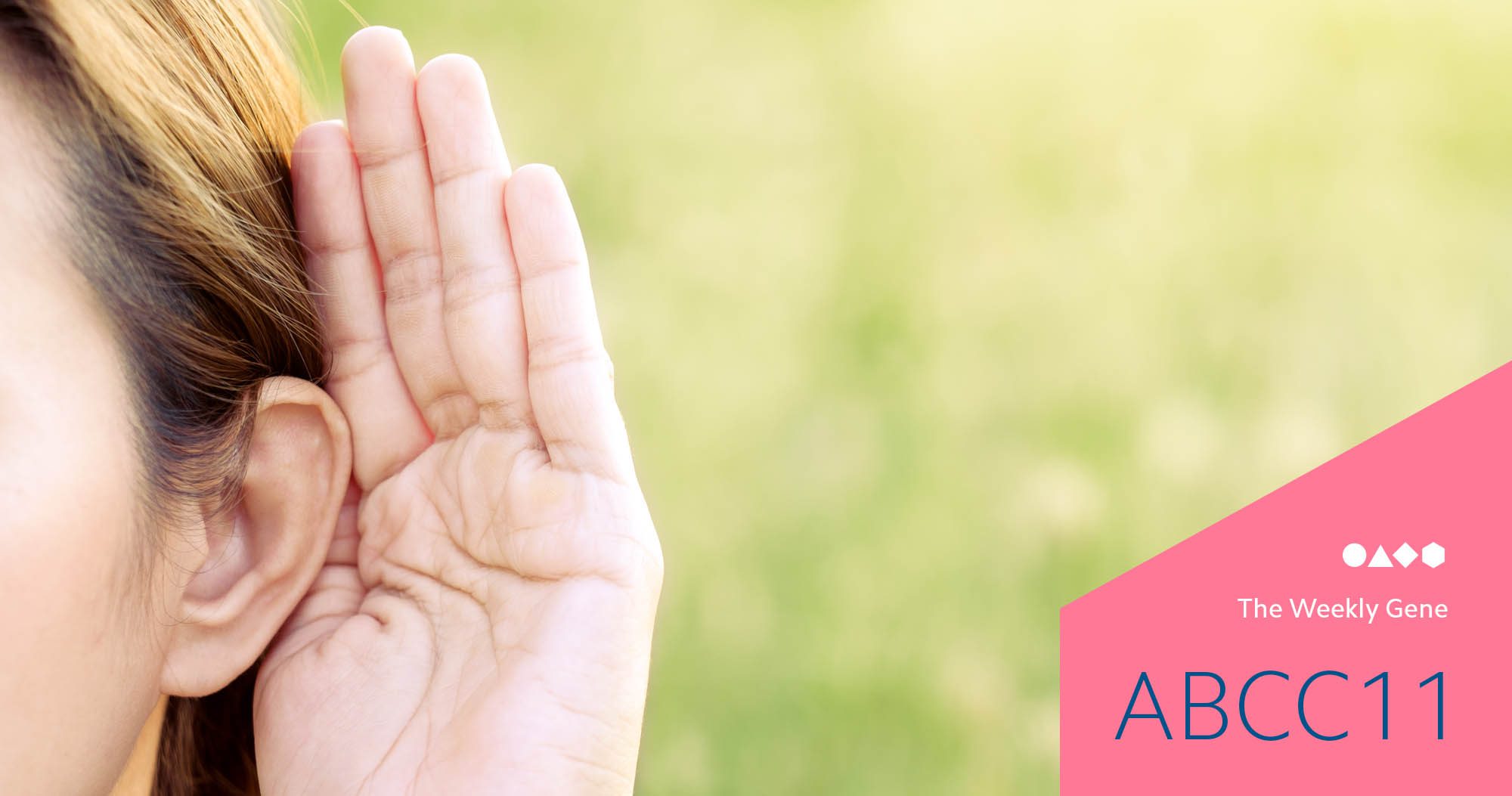 A cold wind blows over a desolate tundra. Far from the homes where their ancestors once lived, Homo sapiens had a battle for survival ahead of them. For millions of years, the humans who came before them had adapted and molded to fit the environment of the African continent. But there, in the frigid wilderness of Eastern Asia, they were out of their element. The survival and continued existence of Homo sapiens in this region depended on their ability to adapt and survive. So what did natural selection favor in this harsh and unforgiving environment?

Anyone who’s had an ear infection knows that earwax plays some role in helping defend our body from infection. Earwax—or cerumen as it’s known in the science community—is formed in the outer ear where when the ceruminous glands secrete fats, cholesterol, alcohols, wax esters, and other molecules into the outer ear canal. This secretion combines with sweat released by nearby sebaceous glands to form an acidic and sticky substance that can both capture and kill any would-be invaders (like bacteria or fungi). Dirt, and anything else stuck in the earwax, is then slowly removed as lower jaw movement pushes the wax outward. In this way, earwax is a powerful defense system and is important for helping our ears stay clean1.

Earwax is probably not the first thing you think of when talking about differences among people—and it’s almost certainly not what comes to mind when we think of natural selection. But, scientists have learned that there are two different types of earwax—“dry” and “wet”—which can tell us a lot about human history2. As its name suggests, dry earwax contains less moisture and is likely to clump up faster. In 2006, researchers found that this difference was caused by a single base change (otherwise known as a SNP) in the ABCC11 gene, and that people from Eastern Asia were far more likely to have it. This was an exciting discovery because it was the first time a visible trait had been linked to a single SNP, and the geographical distribution of this SNP suggested that—among other possibilities—natural selection may have favored the dry earwax phenotype3.

To try to understand why this SNP might contribute to a benefit in a cold climate, it might help to explore the function of the gene where the SNP occurs. The ABCC11 gene codes for the multi-drug resistance-associated protein 8 (MRP8). This protein is responsible for expelling specific types of molecules from within a cell. In terms of the earwax trait, this makes sense because evidence suggests the MRP8 protein can help the ceruminous glands secrete key molecules involved in earwax formation. The SNP associated with dry earwax causes significantly lower levels of the MRP8 protein, which limits how much is secreted into the ears2.

Research has found that almost 80-95% of people with East Asian ancestry have inherited the dry earwax version of the ABCC11 gene. This is in contrast to the 0-3% of people of European and African ancestry, and 30-50% of people from South Asia, the Pacific Islands, Central Asia, and indigenous Americans who have it.2

Over the years, researchers have come to find that MRP8 is also responsible for secreting odorous chemicals in a person’s armpit—chemicals which are converted into body odor by bacteria on the skin. As with the dry earwax trait, people who have this SNP in ABCC11 are likely to also have dry and relatively odorless armpits5. However, it’s still unclear why a SNP affecting either of the traits would be beneficial in the cold climates of East Asia and further research will need to be done.