Fights, flights, and genes: How human survival and athleticism may be connected 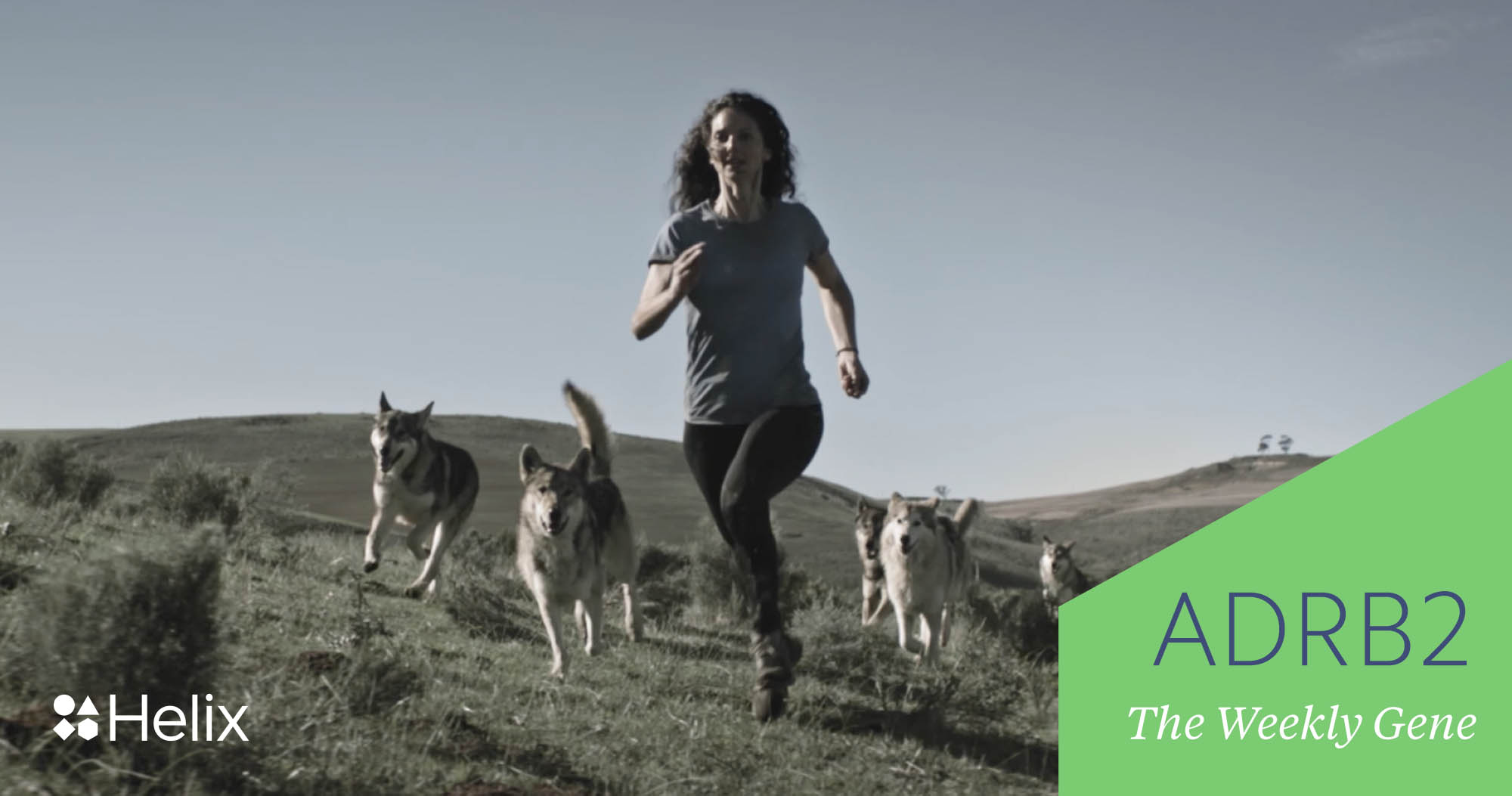 Have you ever had a nightmare that made you shoot right out of bed? If so, this might sound familiar: You can tell your eyes are dilating to accommodate the darkness as they search the room for lurking danger. Faintly, you hear the thudding of your heart as it seems to push anxiety throughout your body. A surreal sense of heightened ability seems to pulse through your veins with every beat.

This is what we call the fight-or-flight response—a state of being so important to our survival that evolution has coded it within our DNA. These segments of DNA not only help boost our physical performance in times of need, but they may also influence how the human body responds to exercise. In the past decade, research has shown that subtle changes in a fight-or-flight gene—ADRB2—may affect human athleticism.

Endurance running isn’t just a sport—it actually predates modern humans. Before settling down into agricultural society, humans needed the ability to run long distances to avoid predators and find food. Physiologically, our body has evolved to help us with this. For example, your lungs have developed a large amount of surface area which increases the amount of oxygen absorbed into the bloodstream. From there, the heart helps to pump oxygen, sugars, and fats to our muscles which use these molecules to generate the energy needed for sustained physical activity. In short, our bodies are designed for athleticism—but some people become elite athletes, while others do not. So what makes them different? The answer is a combination of genetics and environment.

We’re far from understanding everything about what makes an elite athlete, but decades of research into the genetics of athleticism suggests that some genes may have influence. One such gene is known as the ADRB2 gene which codes for a protein known as the beta-2 adrenergic receptor (ADRB2 for short). This protein sits at the surface of your cells and detects hormones that are circulating in the blood. ADRB2 doesn’t detect all hormones, though; it specifically detects epinephrine, more commonly known as adrenaline.

Many people know epinephrine as the fight-or-flight hormone because it is released in large quantities during times of intense fear or stress. But epinephrine is released at other times as well, including when we exercise1. This may be due to the many different effects that epinephrine has on our body such as bronchodilation (or widening of the windpipe) which enables us to breathe clearly and take in larger amounts of oxygen, or the increased release of sugar and fats from stockpiles throughout the body which helps increase the amount of energy available to muscles. In order to get the increased oxygen and energy to these muscles, our heart rate quickens in response to epinephrine which rushes blood throughout the body. (This process is aided by the widening of blood vessels, or arterial dilation, brought on by epinephrine.)2

All of these responses are dependent on our bodies ability to release and detect epinephrine. The ADRB2 protein is important and can be found in many different organs including the lungs, heart, and skeletal muscles2. Because ADRB2 is important to epinephrine signaling, scientists hypothesize that small changes in the DNA coding for ADRB2 can influence how our body responds to stress and exercise2,3.

Over the past decade, this hypothesis has been put to the test in genetic studies which have found that two small, single nucleotide changes in the DNA coding for ADRB2 may affect a person’s potential for success in endurance sports2-5. These changes (known to researchers as rs1042713 and rs1042714) have been found to change part of the ADRB2 protein that helps detect epinephrine2. It’s not fully known if these changes alter the function of the ADRB2 protein, but there is some evidence that suggests people who inherit these changes may be more sensitive to epinephrine—resulting in a response to exercise that favors more prolonged energy use3-6. This means that some people may inherit a version of the ADRB2 gene which helps their body function during high-endurance workouts. Using research like this, MyTraits Sport by Intelliseq can help you explore athleticism through your DNA, including an analysis of the ADRB2 gene.

For the past several decades, scientists have performed large scale genetic studies to explore how our DNA may influence our athletic potential. These studies ultimately show that athleticism is the product of both genetics and environment. Simply because you have inherited a sequence of DNA that favors athleticism, does not mean you will become an athlete. Similarly, it is possible to become an elite athlete without a favorable genetic profile. This is because our athletic ability is mostly defined by our environment, our training and diet regimens, and the resources available to us. But understanding how your DNA influences your body’s response to exercise may help you train in a more efficient and customized way.

So the next time a bad dream wakes you up in the middle of the night, just remember: your genes (along with eons of evolution) are just working to keep you safe. And that’s not so scary after all, even if your pounding heart might say otherwise.