NBS1 and the science of DNA repair 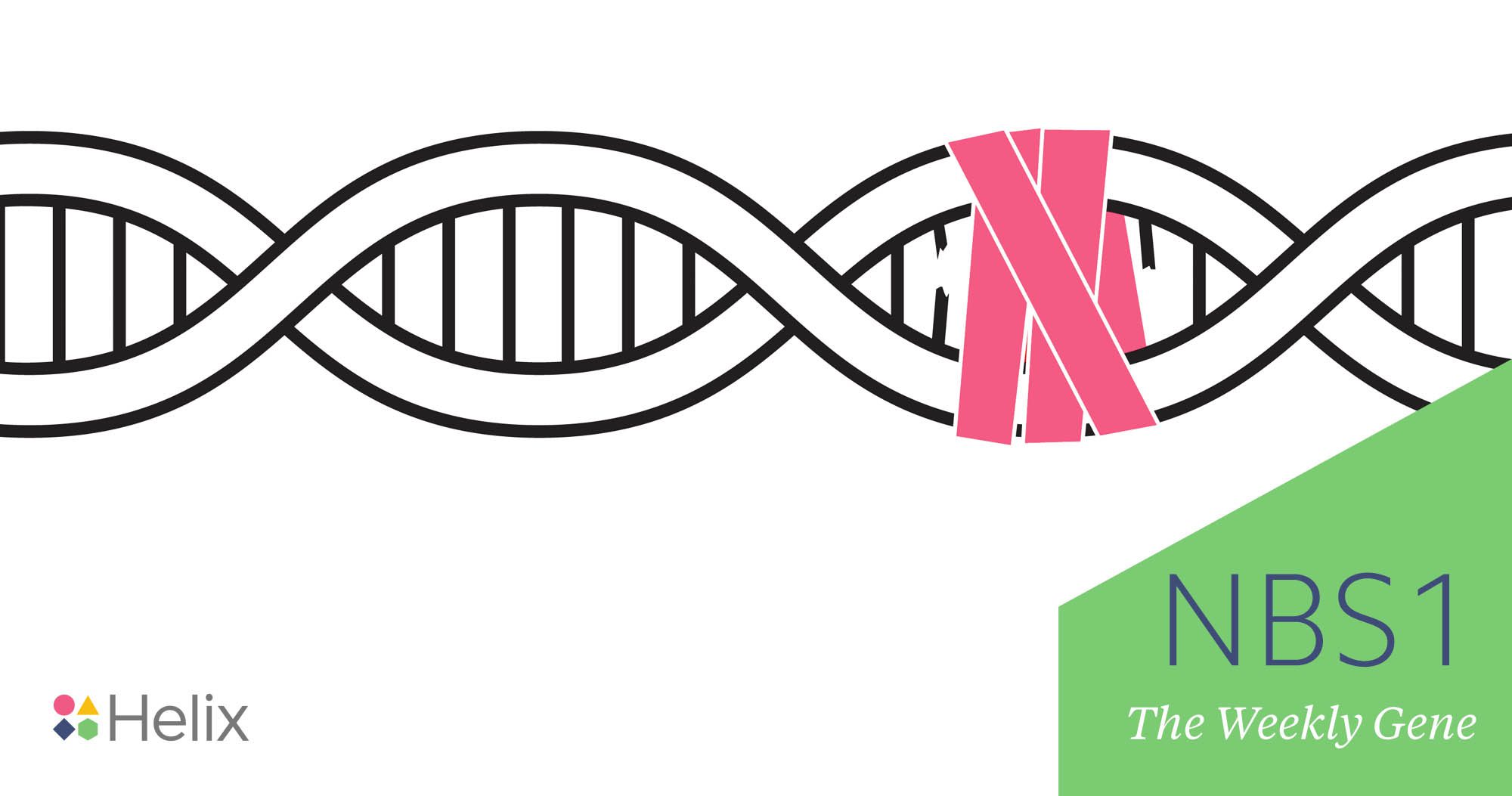 Imagine copying a book, by hand, with over 6 billion letters in it. After several grueling days hunched over a desk, you’d probably have a whole bunch of typos, right? (Assuming your hand didn’t wear out first!)

Your body has to do something that’s a little like this, but it happens constantly throughout your entire life. And amazingly, the typos are few and far between.

Your story began with one cell, which repeatedly duplicated and divided until it formed you. That replication continues into adulthood as some cells die off and are replaced by others. Each replication includes a duplicated version of your genome for the new cell. This happens each time with relatively few errors, despite the billions of letters that need to be transcribed. An arsenal of specialized proteins makes this possible by monitoring the DNA for errors or damage. Their actions make it possible for us to faithfully replicate our DNA every day without losing the important information stored within, which—among other things—helps limit the development of various diseases.

There are several types of DNA damage, but today we’re going to talk about a specific type of DNA break and one of the proteins that’s involved in responding to (and repairing) it: NBS1.

Like many DNA repair proteins, NBS1 plays a complicated role in repairing DNA and signaling to the cell that DNA needs repairing1. Though there are many unanswered questions regarding NBS1’s precise role in damage response, we know that it appears to bring other repair proteins into close proximity with specific types of DNA damage. In doing so, NBS1 facilitates accurate repair of the DNA. One of the critical functions of the DNA damage response network is to stop a cell from duplicating itself while the damages are being fixed. Evidence suggests that NBS1 is a regulator for this process as well, because loss of the protein causes cells to continue replication despite the presence of DNA damage1,2.

The name NBS1 stands for Nijmegen breakage syndrome—a disease that was first described in Nijmegen, a city in the Netherlands. It’s common in molecular biology to have a protein and a gene with the same name, and such is the case here; the NBS1 gene gives rise the NBS1 protein. Nijmegen breakage syndrome occurs when a person inherits two copies of the NBS1 gene, one from each parent, where both copies have a disruptive variant present (making it an autosomal recessive disease). The worldwide prevalence of this disease is unknown, but estimates suggest that 1 in every 100,000 people are born with it. Multiple disease-linked variants have been reported in this gene, including one that produces a shorter-than-normal version of the NBS1 protein that is less capable of responding to DNA damage. Individuals who have this condition can experience numerous medical issues at a young age, including developmental delays, microcephaly, recurrent respiratory tract infections, and an increased risk of cancer.

It’s not clear how NBS1 dysfunction leads to these symptoms, but there are some clues that suggest an important function for NBS1 in immune cell survival and maturity. Immune cells are among a group of cells that are continually turning over in your body. Because of this, they need to duplicate their DNA often and are thus reliant on repair proteins. It is believed that loss of NBS1 leads to low levels of immune cells and may explain why Nijmegen breakage syndrome patients have a high rate of infections. Another common immune cell symptom in these patients is a high prevalence of lymphomas and leukemias—cancers that originate in immune cells. Individuals with this condition are 50 times more likely to develop cancer compared to people without the variants1,3.

Genetic testing combined with genetic counseling can help identify people who are carriers for NBS1 gene variants and are thus at an increased risk of having children with Nijmegen breakage syndrome. People who test positive as carriers are encouraged to discuss these results with family members as close relatives may have also inherited these genes. No matter your circumstances, resources exist to help you learn more about Nijmegen breakage syndrome and other genetic diseases.