Why do humans get tired?

It's complicated, but we know there's a CLOCK involved 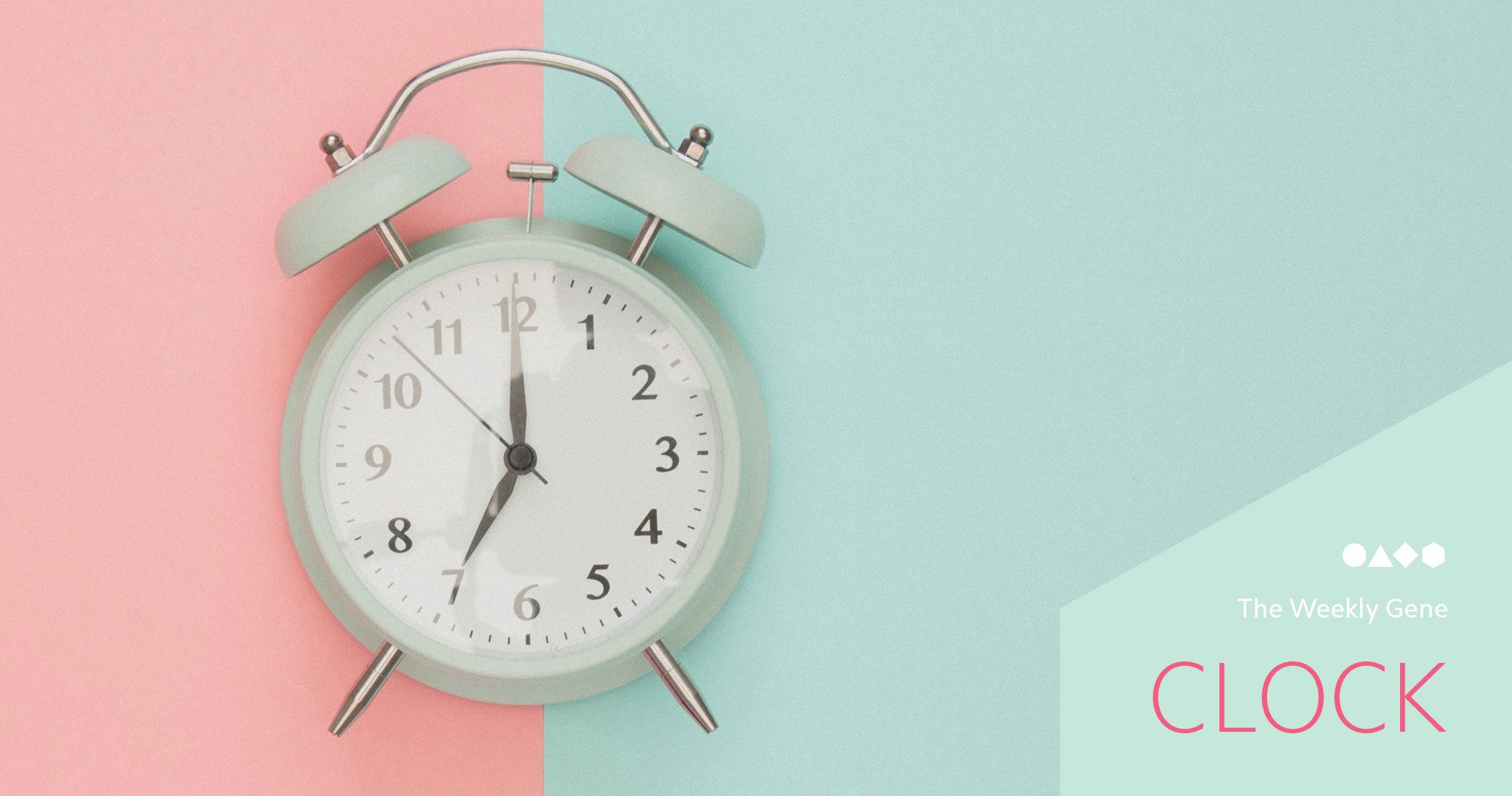 Anyone who has traveled across time zones and suffered from jet lag is likely familiar with the biological clock—also known as the circadian clock. This internal rhythm helps your body wake up, eat, and go to sleep in regular intervals. Exactly what sets your circadian clock is unknown, but it appears to involve a mixture of environmental cues (light, food, temperature) and genetics. In the same way that a mechanical clock has many pieces working together to tell time, your DNA has numerous genes working together to keep your body functioning with a predictable rhythmicity. One of the more influential genes in this genetic clock is the aptly named CLOCK gene.

More than 20 years ago, Dr. Martha Vitaterna identified the circadian locomotor out-put cycles kaput gene—otherwise known as CLOCK1. Early research in mice showed that this gene had a critical role to play in defining an animal’s biological clock. Both mice and humans show a repeating, wave-like rhythm where the peaks of the wave represent the point in a day where we are most awake. The distance between wave peaks is approximately 24 hours—meaning the time when you are the most awake one day is about 24 hours away from the time when you’ll be wide awake the next day1,2. Dr. Vitaterna and many others have shown that this 24 hour rhythm is partly controlled by the CLOCK genes.

Though we spend a third of our lives asleep, we actually sleep less than other primates. Humans typically sleep about 6.5 hours on average; compare that to orangutans, which sleep about 8-9 hours on average. Those pale in comparison to the three-striped night monkey, which sleeps nearly 15 hours a day! Despite sleeping less, humans spend more time in a rapid eye movement (REM) state, which is when dreaming occurs. So we may sleep less—but we appear to maximize our time for dreaming2.

At a molecular level, the circadian clock works through a negative feedback loop. At the start of the day, light stimulates the brain causing a cascade of hormones and electrical signaling throughout the body1,2. This cascade helps trigger the activation of the CLOCK gene and its protein product (also called the CLOCK protein). The CLOCK protein acts as a master regulator that can control the activity of other genes. As it builds up, it begins to activate numerous genes involved in increasing our wakefulness. But one of the genes targeted by the CLOCK protein, known as CRY, negatively regulates the CLOCK gene. As the CRY gene becomes more and more activated, it begins to turn off the CLOCK gene. When the CLOCK gene is turned off, it can no longer activate the CRY gene resulting in decreased activation of both. In total, this process takes about 24 hours to complete a full cycle1,2.

Coffee, stress, light exposure, all of these can—and in many cases do—affect how tired people feel1-3. But research into genes like CLOCK suggest that some part of our sleep preference is influenced by our genetics. Fully understanding the genetics behind sleep will take more research, but thanks to advances in DNA sequencing technology, we’re closer than ever!