What do we inherit from our parents—especially if they’re not human? 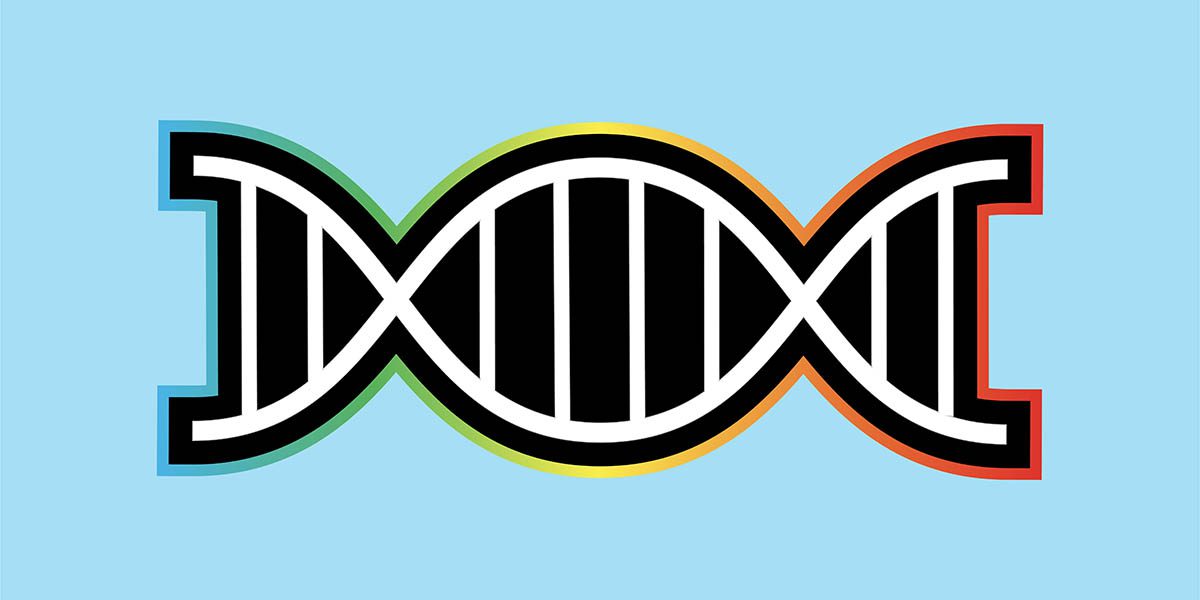 For some of us at Helix, our weekend plans consist of just one thing: Season 4 of Netflix and Dreamworks’ Voltron: Legendary Defender, which is out today. The easy-to-binge show follows a group of 5 people from Earth who are chosen to become the Paladins of Voltron—a super robot made up of five sentient, lion-shaped spaceships. It’s a reboot of the 80s anime Voltron: Defenders of the Universe, and the (Voltron) lion’s share of the show’s production team comes from Avatar: The Last Airbender and The Legend of Korra. So whether you’re a Gen Xer who loved the original version of Voltron or a millennial who loved Avatar, there’s something in Voltron: Legendary Defender for you.

There’s also something in Voltron for people interested in genetics: the question of what we inherit from our parents. That question particularly applies to one Voltron character named Keith, the Black (formerly Red) Paladin.

The most recent seasons of Voltron left us a big mystery about Keith’s heritage. It’s revealed that, though his father is human, his mother was at least part Galra (i.e., the species of Voltron’s enemy Zarkon and most of the show’s other antagonists). But unlike the other Galra hybrids introduced in Season 3, he doesn’t look like he has any Galra ancestry. So, what exactly has Keith inherited from his Galra ancestors?

To answer that question, let’s first talk about what happens with genetic hybrids.

To help explain what Keith gets from his Galra side, we’ll talk about two real-life interspecies hybrids—the mule (horse and donkey), and the coywolf (coyote and wolf). Mules and coywolves both benefit from a phenomenon called “hybrid vigor.” They take good traits from both parent species without some of their not-as-good traits. But, hybrids can only reproduce if their parents have the same number of chromosomes. Since horses have 64 chromosomes and donkeys have 62, mules are sterile; since coyotes and wolves both have 78 chromosomes, coywolves are fertile.

Hybrids are can only reproduce if their parent species have the same number of chromosomes.

Humans have 46 chromosomes, but it’s not known how many Galra have. It’s possible that they also have 46, but it’s also possible (and statistically more likely) that they don’t. Keith, and any other Galra-human hybrids we haven’t met yet, could be either sterile or fertile.

Ancestry: “Was your mom the alien? Your grandpa?”

Whether Galra-human hybrids can reproduce matters when it comes to figuring out just how much Galra ancestry Keith likely has. If they can’t reproduce, Keith’s ancestry is clear: 50% human and 50% Galra. His mother would have needed to be 100% Galra in order to have a child with Keith’s 100% human father. (His paternal human ancestry is still up for debate, depending on how similar you think Keith is to the original Voltron’s Japanese pilot Keith Akira Kogane.)

Things get more complicated if Galra-human hybrids can reproduce. If they are fertile, Keith’s mother could have easily been a hybrid herself. Keith’s grandfather (who Hunk mentions in the quote above) could be Keith’s most recent full-Galra ancestor. Or that ancestor could be his great-grandmother. Or his great-great-grandfather. Or even an ancestor who was alive 10,000 years ago when the Galra Empire began. Theoretically, Keith’s Galra ancestry percentage could be anywhere from single-digit percentages (like the Neanderthal ancestry of non-African humans) to 50%.

Based on what we see in Voltron, we think it’s likely that Keith’s last full-Galra ancestor is a close one. (We’ll explain why below.) That makes Keith either 50% Galra or, assuming that Galra-human hybrids are fertile, 25% Galra.

Appearance and traits: “I…just put my hand on the handprint.”

Hybrids tend to show a mix of phenotypes from their parent species, both in traits and appearance. That’s what gives them their hybrid vigor. At first glance, Keith doesn’t appear to fit this rule, since most Voltron characters don’t recognize him as Galra. At the same time, Galra technology (like the handprint reader on the Balmera in Season 1) certainly does. How?

It may be due to biometric markers, like fingerprints. We know that, at least for humans, fingerprints appear to be partially controlled by genetics. With thousands of years to perfect biometric scanning, Galra technology (from computer interfaces with handprints to Keith’s Marmorite blade) could be able to pick up the influences of Keith’s Galra genes on his biomarkers.

Of course, Galra technology could recognize Keith because of highly advanced genetic sequencing. Since the Human Genome Project ended in the early 2000s, both the cost and time it takes to sequence a human genome have fallen exponentially. What once took over a decade and millions of dollars can now, with next-generation sequencing, be done in weeks and for a fraction of the price. Imagine what thousands of years of progress will do to improve sequencing even more! It may someday become possible for computers to read your genome as easily and quickly as they do fingerprints, and it’s plausible to think this is how Galra devices recognize Keith.

Either way, having more Galra DNA would make it easier for these machines to do so. The Galra may even have designed their machines to reject those with too low a percentage of Galra ancestry. So Keith’s relatively easy interaction with Galra technology suggests that enough of his DNA is Galra for the machines to respond to him. (And that gives us the idea from above that he’s at least a quarter Galra.)

Now that Season 4 is out, it’s time for us to see if our genetics-based theories about Keith have the quintessence to make it through.