Challenging the status quo: Who was Percy Julian? 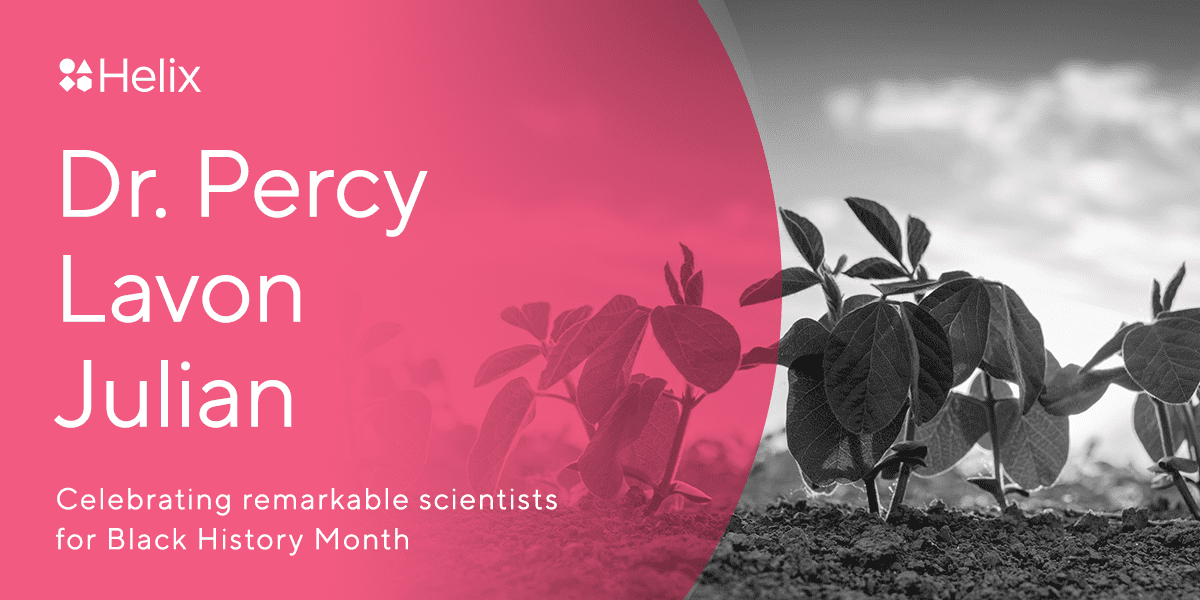 Percy Julian was an African-American research chemist who came to be recognized as one of the greatest chemists of the 1900s. Born a single generation out of slavery, he was awarded the very first McNaughton Medal for Public Service in 1972 and was the first African-American chemist inducted into the National Academy of Sciences—just two of the many accolades he received over the course of his illustrious career1-3.

Julian was born in Montgomery, Alabama in 1899, the first of six children. Growing up in the Jim Crow era would be evident by the conditions under which he attended school in Indiana. Since the town was still very much segregated, he was not allowed to live in the college dormitories, and he first stayed in an off-campus boarding home that refused to serve him meals. During those times, access to education beyond the eighth grade for African-Americans was extremely rare, yet he managed to attend and graduate from DePauw University. At DePauw, Julian was a valedictorian and a member of the honor society Phi Beta Kappa. To this day, a bust of him sits on display in the atrium of the university’s Percy Lavon Julian Science and Mathematics Center1-3

Growing up in the Jim Crow era, he was not allowed to live in the college dormitories

Among his many accomplishments, he is best known for his work on hormones. A hormone is a chemical messenger that travels through the bloodstream (or sap in plants) to evoke a response in other parts of the body4. For example, testosterone is produced in the male reproductive organs, but it affects many different parts of the body including muscles, hair growth patterns, and organ development. Hormones like testosterone are able to have such diverse effects because they alter which parts of DNA are read by our cells4.

Our DNA has approximately 20,000 different genes in it. That’s way too many genes for any one cell to actually use. Instead, each cell uses a specific set of genes that help give the cell its identity. For instance, skin cells use only the genes that are necessary to make it a skin cell—it doesn’t use all the same genes that a brain cell might use. This is where hormones become important: when a hormone is released into the blood, it can drastically change the types of genes a cell is using. The end result could be that hair follicle cells start to produce hair, or that the pancreas starts to release insulin to help the body process sugar4.

Percy Julian’s work with chemistry focused heavily on the manufacturing of hormones. Prior to his work, researchers had discovered that hormones could be useful when treating various illnesses or conditions. However, they lacked a good way to produce these chemicals in a large enough scale for medical use. This is where Julian had a major impact, discovering that he could use soybeans rather than animal tissue1-3.

His monumental achievements with chemistry may have saved thousands of lives

Like animals, plants also use hormones and they’re made with a very similar chemical structure to those in humans. Knowing this, Julian was able to publish the correct instructions for how to produce physostigmine—a hormone used in the treatment of glaucoma—using soybeans. This allowed the drug to be manufactured in large quantities, and made a name for Julian as a skilled chemist1-3.

Using soybeans, Julian went on to calculate how to produce progesterone, testosterone, and many other hormones on an industrial scale. This monumental achievement may have saved thousands of lives by opening up hormone therapy as a viable medical treatment. Additionally, his work is credited with the development of birth control pills, cortisone treatment (which helps patients suffering from a number of inflammatory conditions), and even in the development of a flame retardant used aboard aircraft carriers during World War II. In total, Percy Julian held over 130 patents and inspired people for generations to come1-3.